The Arena The Daily Lincoln 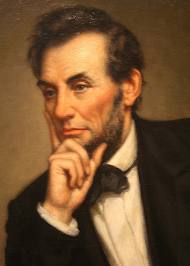 Just five months into his presidency on this day in 1861, Abraham Lincoln reviewed Col. Dan Sickles’ New York Brigade along with regiments from Wisconsin.

Sickles was an interesting character before, during, and after the war. As a sitting member of the United States House of Representatives in 1859, Rep. Sickles shot and killed his wife’s lover who was the District Attorney of Washington, DC and also happened to be the son of one Francis Scott Key. After a sensational trial, Sickles was acquitted and went back to work in Congress. (Yes, he murdered a man in cold blood, was acquitted, and didn’t bother to resign from Congress.)

At the outset of the Civil War, Sickles raised volunteer troops from his home state of New York, was made a regimental colonel, and led men in combat. He rose to the rank of brigadier general and was engaged in many famous battles of the war. Most notably, during the battle of Gettysburg, Gen. Sickles disobeyed Gen. Meade’s orders to hold a position on Cemetery Ridge and instead moved off the ridge and took a position forward in the infamous Peach Orchard where some of the fiercest fighting of the battle took place. Sickles lost a leg to a cannonball and lost a good many men to Gen. James Longstreet in the Peach Orchard.

Sickles was evacuated from the battlefield and sent by train to Washington, DC where he gave President Lincoln an early firsthand report of the battle. While in Washington he donated his amputated leg to a medical museum.

After the war, Sickles reportedly visited his amputated leg in the museum annually on the anniversary of its amputation. He was later elected to another term in Congress, served as a diplomat, and engaged in numerous business endeavors. Sickles died in 1914 at the age of 94.