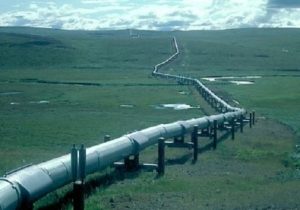 On January 20 we inaugurated Joe Biden as the new president of the United States. On that day, the newly minted president signed an executive order revoking the permit for the Keystone Pipeline. The Keystone Pipeline is roughly a 1,700-mile-long pipeline (the Texas portion is around 400 miles long) in a country covered with 150,000 miles of such pipelines. Given that the pipeline stretches from Alberta, Canada to the Gulf Coast with 400 miles on Texas soil, the unilateral decision to cancel the pipeline will have significant economic effects here in the Lone Star State.

The Keystone Pipeline was estimated to support around 11,000 jobs (Mostly in temporary construction) during 2021 alone, while supporting over 42,000 US jobs overall. Many of these jobs would be in Texas and generate $1.6 billion in gross wages. According to an estimate by the Perryman Group, it would contribute almost 2 billion to the Texas economy and generate around $1 billion in property tax revenue in Texas during its operational life. Additionally, the pipeline would introduce competition to Mexican and Venezuelan oil producers who typically supply Texas refineries, which could lead to lower oil prices. A study from the Energy Policy Research Foundation found a larger supply of Canadian oil could save Gulf Coast refiners around $500 million annually in transportation costs, which could mean lower prices for consumers at the gas stations and less emissions from transporting the crude oil. This would benefit low-income families who have been struggling during the recent economic downturn.

Environmentalist groups have celebrated this as a victory in the fight against Climate Change. However, this move by the Biden Administration has no countervailing benefits in combating climate change and causes real harm to Texans by dampening prospects for economic recovery during the pandemic. According to Benjamin Zycher at the American Enterprise Institute “If we apply the EPA climate model using the least favorable set of assumptions, those emissions would have a global temperature effect of about four ten-thousandths [0.0004] of a degree Celsius by 2100”.

Additionally, According to the US Department of Transportation, pipelines are among the “safest and most cost-effective” methods of transporting fossil fuels and thus pose much less environmental risks. “To move the volume of even a modest pipeline, it would take a constant line of tanker trucks, about 750 per day, loading up and moving out every two minutes, 24 hours a day, seven days a week. The railroad-equivalent of this single pipeline would be a train of seventy-five 2,000-barrel tank rail cars every day. Relative to the volumes of products transported, pipelines are extremely safe when compared to other modes of energy transportation”.

The company behind the keystone pipeline, TC Energy, will almost certainly resort to other means to transport the oil to refineries which necessarily means a less safe and a more costly option. According to Nicolas Loris, Deputy Director of the Thomas A. Roe Institute for Economic Policy Studies, “the decision could likely backfire environmentally. Blocking Keystone XL isn’t going to stop the production of Canadian oil or prevent oil from reaching refiners in Texas and Louisiana. Instead, prohibiting the pipeline will create more inefficient and riskier methods of transporting crude, whether that is more tankers from overseas or carrying Canadian crude by truck or rail”. TC Energy even pledged to make the pipeline emit net zero emissions by 2030 and overhauled to be powered by renewable energy in an attempt to placate the incoming Biden administration but their efforts seemed to fail.

From an economic perspective the Biden Administration’s revocation of the permit for the Keystone Pipeline destroys jobs and hurts economic growth when we are in desperate need for both. From an environmental perspective the policy may actually lead to more harm to the environment overall. Legislators must urge the administration to reinstate the permit and accept TC energy’s offer to make the Keystone Pipeline Carbon Neutral by 2030. Such a move would be a win for both the environment and the economy.