To Our Nation’s Veterans: Thank You
Posted November 11, 2014 by Nathanael Ferguson

Today we pause to honor and remember our nation’s war veterans. How do you properly thank those who volunteered to stand in the gap between freedom and tyranny; who chose selflessly to risk life and limb to secure and preserve liberty for their countrymen; who still bear and will forever bear the scars of their service? I don’t know. But I do know that I am deeply and eternally grateful to our veterans.

To all of our nation’s war veterans from all of us at Texas Public Policy Action, thank you. Thank you for serving, for standing in the gap, for having the courage to face the worst that humanity has to offer in order to preserve for future generations the best that humanity has to offer. Contrary to the cynics who say we no longer have heroes, I point to you and say that we have heroes in abundance. Thank you!

The federal government gets plenty of well-deserved flack for its wasteful spending habits. Some of the crazy projects the federal government spends your tax dollars on would make a drunken sailor blush. Try this on for size: The United States Centers For Disease Control gave $181,406 of your hard earned dollars to The University of Kentucky to study the impact of cocaine on the sex drive of Japanese quail.

Wait, what? That can’t be real.

Oh but it is. It’s all too real and you can read all about it at the linked article here.

Federal spending priorities have become a sad joke and we Texans aren’t shy in joining in the laughter. But here’s the thing we don’t usually acknowledge; we’ve got spending problems of our own. This shouldn’t come as a big shock. We’re a big state with lots of layers of government, too many taxing authorities, and too many special interests to count. It’s not just state government in on the overspending action; it’s counties, cities, school districts, community colleges, MUD districts, hospital districts…..the list goes on. There are too many possible sources of wasteful spending ...

Today marks the 50th anniversary of one of the most memorable political speeches of modern times; Ronald Reagan’s “A Time For Choosing” delivered in support of 1964 Republican presidential nominee, Barry Goldwater. Check out the embedded clip to watch the most famous “Rendezvous with Destiny” portion of the speech. It’s amazing that all these years later the speech is still poignant, compelling, inspiring, and relevant.

In case you can’t watch the video, read this selected portion:

You and I know and do not believe that life is so dear and peace so sweet as to be purchased at the price of chains and slavery. If nothing in life is worth dying for, when did this begin — just in the face of this enemy? Or should Moses have told the children of Israel to live in slavery under the pharaohs? Should Christ have refused the cross? Should the patriots at Concord Bridge have thrown down their guns and refused to fire the shot heard ’round the world? The martyrs of history were not fools, and our honored dead who gave their lives to stop the advance of the Nazis didn’t ...

“The incident happened about 4:30 a.m. in the 23000 block of Botkins near Bauer in the Hockley area, said Deputy Thomas Gilliland, a spokesman for the Harris County Sheriff’s Office.

Gilliland said a woman was cooking breakfast when two men armed with guns burst through the front door of the single-wide mobile home. A 36-year-old man who lives in the residence grabbed a rifle and exchanged gunfire with the suspects.”

Read the whole thing at the Houston Chronicle here. 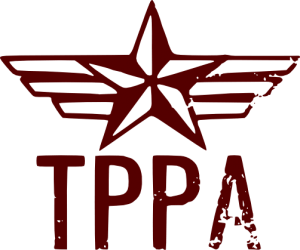 Contestants will submit stories of a wasteful spending item or program in either a written essay or in an original creative video.  Winners in each of the two categories will be awarded cash prizes, $4,000 for first place, $2,000 for second place, and $1,000 for third place. All entries will be included in the ...

Read More
Maryland: Where The First Amendment Does Not Apply
Posted by Nathanael Ferguson

In what The Atlantic aptly describes as a “Soviet Style Punishment” Maryland school teacher and novelist, Patrick McLaw was arrested, his home and school searched by police, was suspended from his job, and has been forced to undergo an “emergency medical evaluation” because of a novel he wrote. Again, to be clear, this happened in Maryland, USA. Government officials did not like the content of the teacher’s novel – which is by definition a fictional story – and consequently totally turned his life upside down using the brute force of the state. He is currently at an undisclosed location and unable to travel, whatever that means. The press, by and large, seem rather unconcerned about whether Mr. McLaw is in fact under arrest or whether the First Amendment still applies in Maryland.

One wonders if the state’s central committee has already moved to strip Mr. McLaw of his party membership and booked him on the next train to the Gulag. One also hopes law enforcement officials in Texas would have better sense than this…

The bureaucrats at the FDA, in all their glory, have created this:

A court in Alabama has ruled that Pfizer Inc. can be sued over harmful side effects caused by generic versions of its drugs.

My first thought while reading the article was that this is outrageous judicial overreach in a state that has historically been somewhat known for being friendly to plaintiffs. It is, I thought, just allowing plaintiffs to go in search of the deepest pockets in the hopes of getting the largest possible recovery.

Then I read further. And it turns out that generic manufacturers are not allowed to put warning labels on drugs unless those warnings are also in the warning label for the original brand-name drug. That’s when I realized that this was a classic case of outrageous regulatory incompetence. Oblivious bureaucrats at the Food and Drug Administration created a ridiculous situation in which Pfizer can be sued for a product it didn’t make.

Then I read further. And it turns out that the FDA has proposed a new rule that would allow generic-drug manufacturers to add labeling to their products independently. And ...

In November TPPA will start staffing up for the 84th Legislative Session. Check out our job post here and if you’re interested, submit your resume, cover letter, and two writing samples. The positions are full time temporary running from November 2014 through May 2015. If you’re liberty-minded and have an interest in helping legislators make quality liberty-oriented voting decisions, won’t you consider joining us for this next session?

Civil Asset Forfeiture is an egregious violation of our property rights as protected by the 5th Amendment. The government is not supposed to seize property without due process of law, and yet it is common practice in every state for governments – state and local – to do just that. Some states have enacted reforms to cut back on the practice, but unless there is an outright ban on asset forfeiture without due process, no reform is even close to sufficient.

Texas, even after having enacted some reforms, is still notoriously bad on the issue. Some local governments in Texas run what can only be described as highway piracy programs in order to seize property which they can then use to fund their city budgets.

That’s why we are pleased to hear, via The Corner at National Review Online, that Senator Rand Paul of Kentucky, has introduced S. 2644 The Fifth Amendment Integrity Restoration Act. According to Sen. Paul, the legislation “would change federal law and protect the rights of property owners by requiring that the government prove its case with clear and convincing evidence ...